Have been featured before, even on this blog, but never in such style: 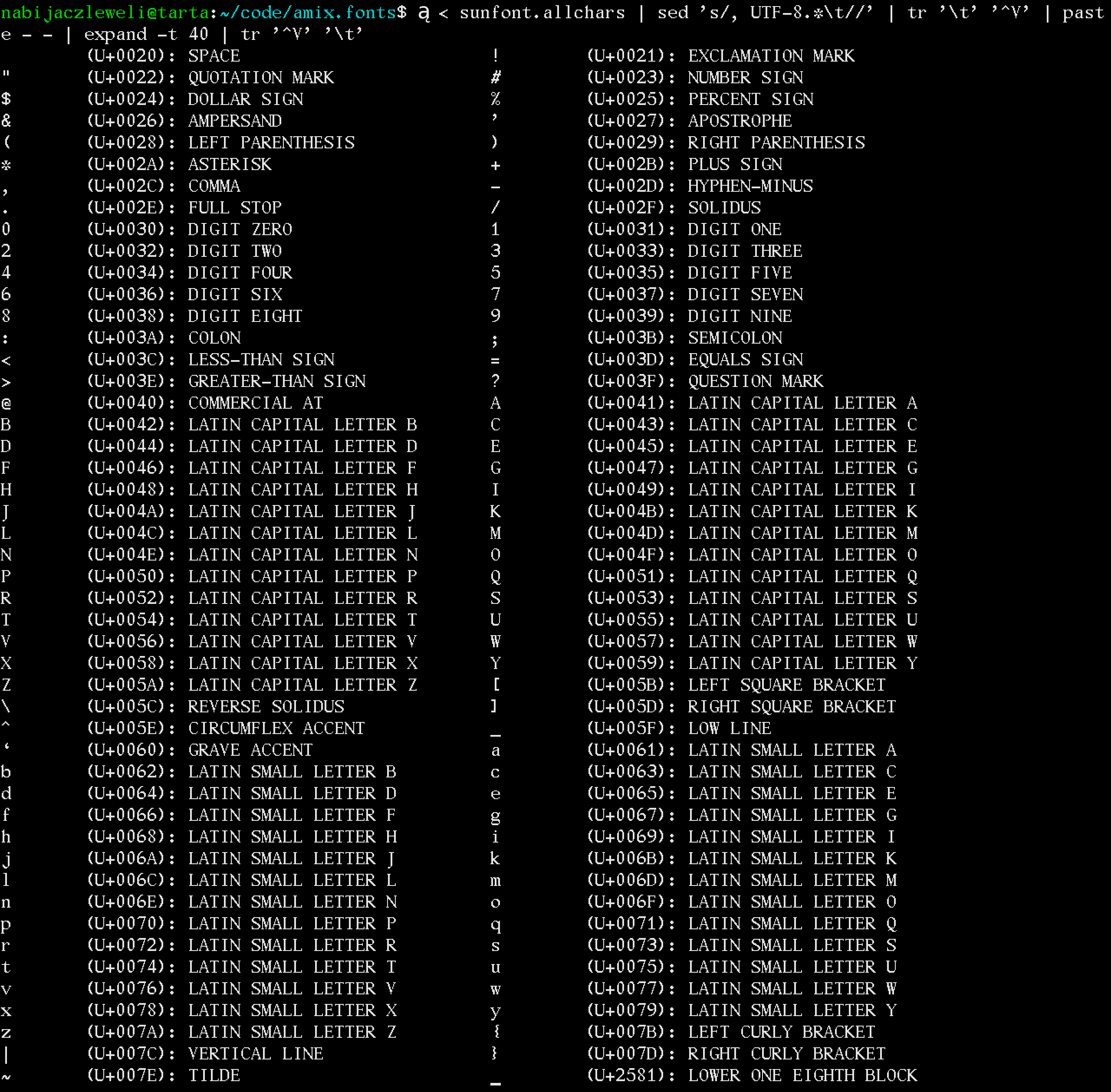 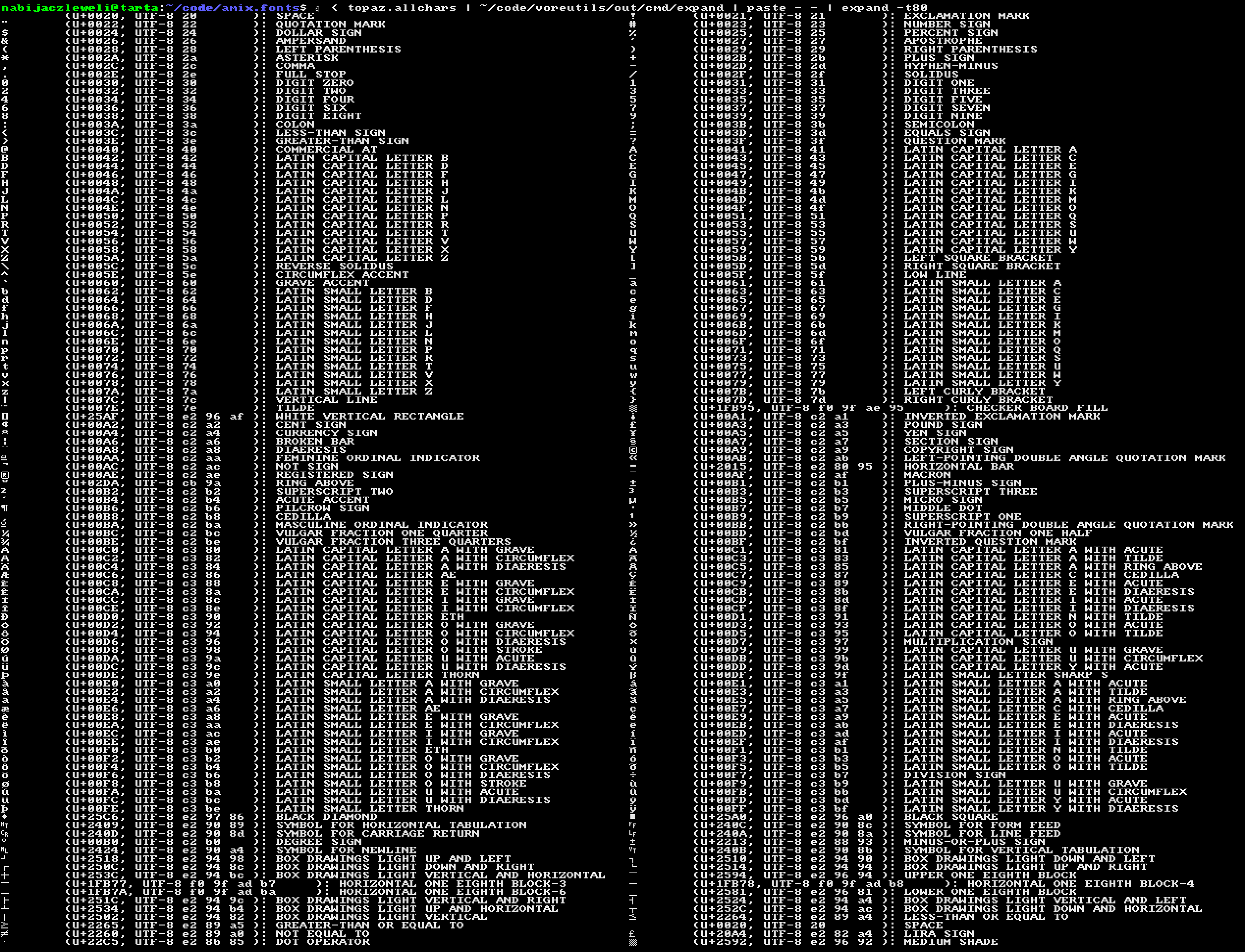 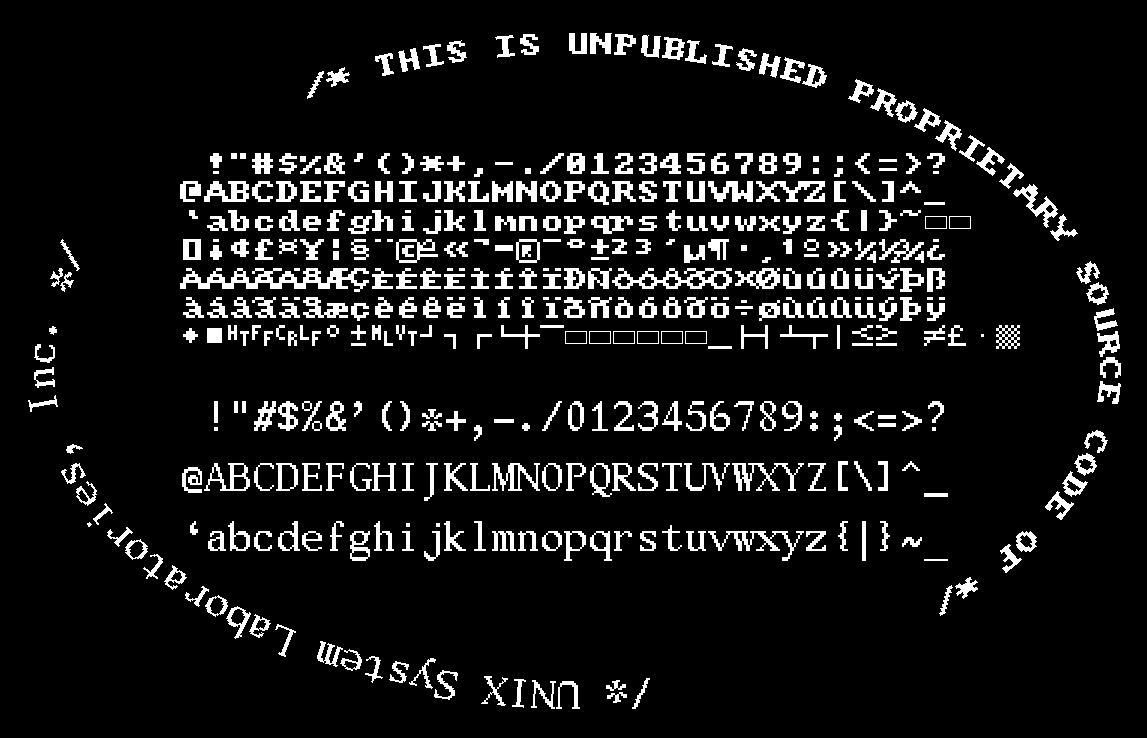 As rendered by Photoshop CS6 (AA disabled; the lines/checker-board from SYMBOLS FOR LEGACY COMPUTING got turned into flat squares, presumably because they post-date this product).

As rendered by your browser, hopefully.

The procedure can be found here, and is pretty much the same as I used in 2020, and generally uninteresting, except that it uses a novel (instead of awful) approach to integer-scaling the images, so if you disagree with my design/assignment decisions, you can trivially re-generate them.

Not that I expect those to matter much, given that these fonts suck shit for normal use. sunfont only covers 7-bit ascii; topaz mostly covers the Latin-1 Supplement + box-drawing and some dupes, which sounds great except that means no slavic languages, no greek, no… It's fun, the ducky g is cute, it's an art font, it's unsuitable for general use.

This distribution is made possible by potrace being configurable to not attempt to fix the paths, and generate 1:1 traces, including hard corners. It is additionally made easier by the image formats involved being entirely text, which makes hard-integer-scaling them trivial. It is worth-while to note that the ¹UNIX® is a registered trademark of AT&T. stickers consist of pasted-together PNGs from the first iteration of this extraction, and this technique is both sufficient and superiour, if you don't need to drag these along a path in Photoshop.

For the purposes of traceability, these were generated with bullseye programs, with the exception of patched FontForge, see the generation transcript.

0 words, 0 syllables, 0 characters. Creative text licensed under CC-BY-SA 4.0, code licensed under The MIT License. This page is open-source, you can find it at GitHub, and contribute and/or yell at me there. Like what you see? Consider giving me a follow over at social medias listed here, or maybe even a sending a buck or two patreon my way if my software helped you in some significant way? Automatically generated with Clang 14's C preprocessor on 01.12.2022 16:36:37 UTC from src/blogn_t/008-amix-fonts.html.pp. RSS feed